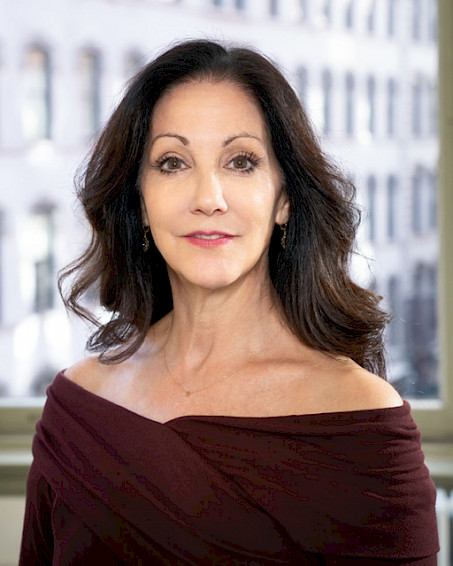 Cynthia Harvey’s style marked her as one of the most versatile and valued artists. Ms Harvey danced virtually every ballerina role with American Ballet Theatre and also had the distinction of being invited by Sir Anthony Dowell to be a principal ballerina of the Royal Ballet − the first American dancer to have that honour. Harvey performed as guest artist with Baryshnikov and Company, Nureyev and Friends and numerous, internationally renowned ballet companies before retiring in 1996.

On DVD, Ms Harvey appears in the title role of Kitri opposite Mikhail Baryshnikov in his production of Kitri’s Wedding, Don Quixote, in variations from Paquita and Les Sylphides, (American Ballet Theatre dances Petipa) and she appears in Natalia Makraova’s documentary, “Ballerina”. She featured in director, Christopher Nupen’s, Channel 4 film titled, “Tchaikowsky’s Women” and is also a featured artist in the Fred Weismann documentary on The American Ballet Theatre. She has also co-authored, Physics and the Pas de Deux.

Ms Harvey helped to re-stage The Sleeping Beauty for The Norwegian National Ballet Company and in 2009 she staged her own complete production of the ballet Giselle to great acclaim. The production was been taken into the repertoire of The Finnish National Ballet Company in 2018. In October 2010, the premiere of her own full-length production of The Sleeping Beauty for The Hong Kong Ballet was well received, and in 2014 Ms Harvey staged a full-length Don Quixote for Singapore Dance Theatre, which was named as one of the years’ best productions by Dance Europe.

Ms. Harvey is in demand as a guest teacher and ballet mistress. She has taught for The Australian Ballet, Teatro alla Scala in Milano, The Royal Swedish Ballet, The Finnish National Ballet, and is a regular guest ballet mistress at the Semperöper Ballett, Dresden, and The Zürich Ballett. She taught periodically at The Royal Ballet School in London as well as the School for the Basel Ballet, and was Principal Guest teacher for the English National Ballet School.

As a sought-after teacher and jury member, Miss Harvey has served several competitions-amongst them, The Prix de Lausanne, The Rosetta Mauri, The Tanzolymp, the First International Competition in Sitges, Spain and Dance World Cup Spain.

Miss Harvey has been on the board of DanceEast, the national agency for dance in England and was a prominent member of the committee that saw major ballet directors and ballet school directors from around the world gather to discuss issues relating to improving life for ballet companies and schools. She stepped down as the standards assessor for The Council for Dance Education and Training in the U.K. in 2010.  She is a member of the International Council of Dance.