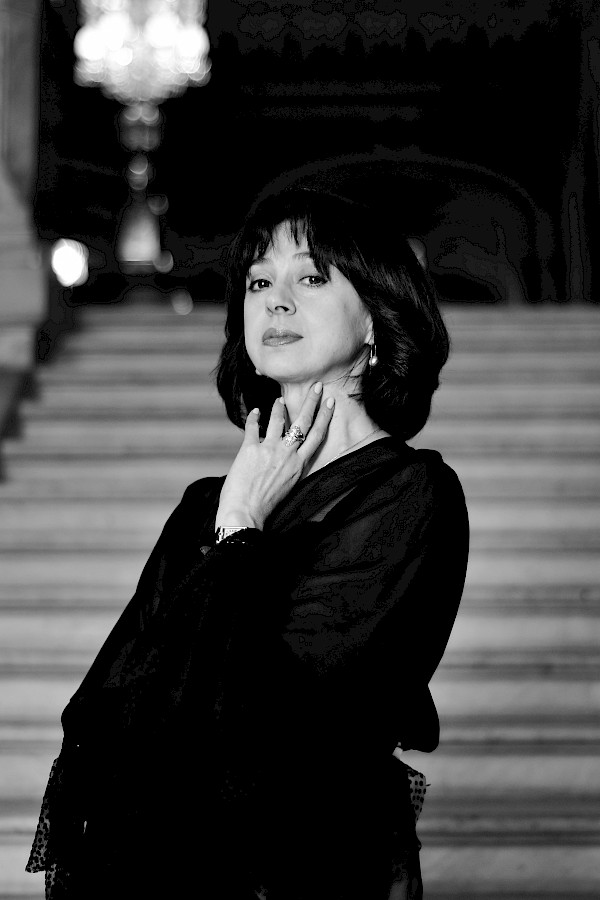 Prima ballerina, Director of the State Ballet of Georgia, Nina Ananiashvili took her first steps towards ballet at the age of 10. She studied at the Tbilisi Choreographic School in the class of Tamara Vikhodtseva. In 1977 she pursued her education at Moscow Choreographic School under the tutorship of prominent pedagogue Natalia Zolotova.

In 1988 Nina Ananiashvili and her partner Andris Liepa became the first dancers from the former Soviet Union to be invited to New York City Ballet, where they performed leading parts in Balanchine’s ballets Symphony in C, Raymonda and Apollo. She performed internationally, among others, with the Royal Danish Ballet, the Kirov Ballet, the Royal Ballet (Covent Garden), the Royal Swedish Ballet, Ballet de Monte Carlo, the National Ballets of Norway, Finland and Portugal, Birmingham Ballet, Boston Ballet, Munich Ballet, Houston Ballet and Tokyo Ballet. She also toured with her own company Nina Ananiashvili and International Stars.

Nina Ananiashvili is also the Artistic Director of the Vakhtang Chabukiani Ballet Art State School. She has been invited as a jury member in international ballet competitions and as a staging choreographer to various theatres around the world. Nina Ananiashvili is honoured with the title of People's Artist of Georgia (1989) and Russia (1995), Zurab Anjaparidze and Rustaveli State Prize (1993), The Presidential Order of Excellence (2010). She was awarded the State Prize of the Russian Federation for the Merit to the Fatherland (2001). Nina Ananiashvili is the first ballerina to hold the Russian national prize Triumph for achievement in art (1992).

The American Biographical Institute granted her the title of Woman of the Year (1997). She was awarded the International Prize Golden Goddess (1999) established by the successor of the Royal family of France, Princess Marie de Bourbon. She is named as Dance Magazine Prize winner (2002). Nina was elected as United Nations Goodwill Ambassador in Georgia (2007) for achieving the Millennium Development Goals. President of Italy awarded her the Italian Solidarity Medal of Honour (2011). 2012 marked the 30th anniversary of Nina Ananiashvili’s career, and this milestone was celebrated with the participation of world ballet stars. In 2017, Nina Ananiashvili received the prestigious award Order of the Rising Sun, Gold Rays with Neck Ribbon, established in 1875 by Emperor Meiji of Japan.